Come To Delhi’s Pride Agra For Just A Day To Unravel Its Magic And Glory!

The gorgeous and beautiful city of Agra is known to us for its rich culture and heritage. More than thousands of tourists are attracted to this place for its scenic beauty and picturesque locations. If you havent travelled to this section of India, then it’s high time to pack your bags and get going. The breathtaking and enchanting beauty of Agra will definitely impress you. A same day Agra tour package to this city would be perfect for all inquisitive travellers.

On your same day Agra tour, you must visit the famous monument of love… the Taj Mahal.Constructed by Mughal Emperor Shah Jahan for his lovely wife Mumtaz, this spot stands as a concrete evidence of the brilliance of Mughal architecture. It was declared as a World Heritage Site in the year 1983 and continuous to be a place of breathtaking beauty. The Taj Mahal took 22 years to complete and is still one of the most visited places all over the country. This is also the place from where your tour will begin. 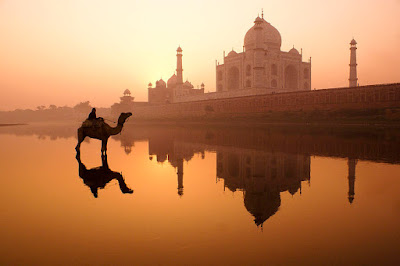 Once you are done seeing Taj Mahal, you will be taken straight to Agra Red Fort. This monument was also built in the 16th century and is located near the pretty green gardens of Taj Mahal. The powerful establishment is made of red sandstone and is one of the best examples of Indian architecture. This was also the place where Shah Jahan was kept as a prisoner by his son Aurangzeb. A lot will be revealed to you when you visit this fine spot. Itmad Ud Daulah 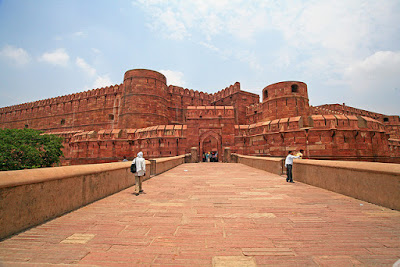 Finally you will be seeing Itmad Ud Daulah on your Same Day Taj Mahal Tour. This is India’s first tomb that was constructed out of marble. It signalled the new era of Mughal architecture and was made during Jahangirs period. The tomb is 21 metres high and was constructed in the memory of Mirza Ghiyas. The word Itmad Ud Daulah means pillar of the state and was influenced by Persian and Islamic style of architecture. The wall paintings are equally beautiful to look at.

Your same day Agra tour obviously doesn’t finish there. By the time you are done seeing the Itmad Ud Daulah, you will be taken to grab lunch in a fine AC restaurant after which you can visit other beautiful spots such as the Kinari Bazar of Agra and other fabulous locations such as art galleries and Mughal jewellery stops. Don’t forget to enjoy a nice fragrant cup of hot masala tea served in an earthen cup. The snacks here are equally delicious. So feel free to grab some.
Posted by Mohan Prakash shourya at 4:24 AM 35 comments: